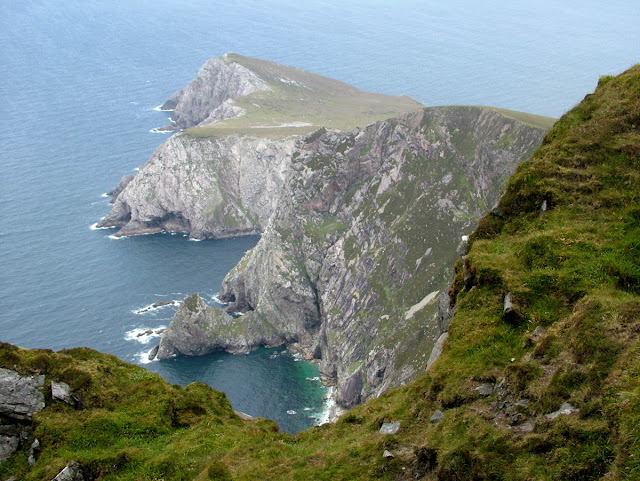 
In Ireland, commonage is land that is owned by more than one person. Typically each shareholder owns a defined fraction of the total area and this is detailed on each shareholders folios. It should not be confused with the term “joint tenants”, which is where the land described on a folio belongs to two or more persons. This may happen where land is inherited jointly by siblings or where land is purchased by two or more people. Land held by “joint tenants” is not normally considered as commonage.

Another situation arises in respect of lands where there are “grazing rights”. These do not involve any ownership of the land but as the name suggests give a right to graze livestock on the area involved.

Over the years the shareholders on many commonages have decided to “stripe” or split their commonage between them. In spite of this approx. 426,000 Ha of commonage remain. Over 11,000 farms have a shareholding in one or more of the approx. 4,500 remaining commonages.

The development of agriculture resulted in the progressive enclosure of land. Before the process of land reform began in the 19th century, tenants on large estates rented their farm from a landlord. The farm consisted of a portion of enclosed land and permission to use nearby unenclosed land belonging to the landlord. In many areas access to the unenclosed land, or “hill” was a vital component of the farming economy as it permitted the keeping of small numbers of livestock. These animals were often the only cash income available to the tenant and were used to pay the rent and to purchase items that could not be produced on the farm.

Once the land commission began the process of breaking up the large estates the use of the unenclosed land had to be formalised. In most cases this was done by allocating shares in the commonage to the former tenants. The term “tenants “has survived in many localities when people refer to the shareholders in a given commonage. This is a folk memory of the land tenure situation prior to the breakup of the big estates.

Large increases in sheep numbers from the 1970’s onwards had impacts on how commonages were managed. The introduction of ewe premium in particular contributed to a rapid increase in stock numbers without any reference to the size of the holding. In many cases this led to overgrazing of the commonage with consequent damage to vegetation, this was reflected in the loss of heather and an increase in inedible species such as Mat Grass and Heath Rush. In severe cases erosion of peat and soil also occurred. Another consequence of the direct payment system was a breakdown in the community based management of the commonage resource.

By the mid 1990s it was evident that the situation was unsustainable and that urgent action to reduce ewe’s numbers on the mountains was required. Initially this was achieved by a 30% cut in numbers from the ewe quota held by each individual commonage farmer in 6 western counties. Exceptions were made for farmers who were already in REPS. An across the board response like this created huge inequities as the degree of damage was very variable and farmers in undamaged commonages were subjected to the same cuts as everyone else. At the other end of the spectrum it was obvious that in severely damaged commonages a cut of 30% would not be enough. However the 30% cut was a provisional measure that would in time be replaced by the implementation of commonage framework plans drawn up for each commonage. The production of commonage framework plans began in 1998 and was largely completed by 2002. These plans assessed each commonage management unit, in some cases this meant that two or more commonages were amalgamated; in all cases a destocking % was calculated. The sheep numbers permitted on each commonage farm were reduced from the original ewe quota by a complex formula. This formula incorporated the % destocking prescribed in the framework plan, the stocking rate on the individual farm and the amount of commonage involved. These measures resulted in a rapid reduction in ewe numbers from 2003 onwards.

Introduction of the Single Payment Scheme.

The changeover to the single payment scheme caused a further drop in sheep numbers as the link between ewe numbers and direct payments was broken.

Ongoing monitoring of commonages began in the Owenduff catchment in Co. Mayo in 2004. Other monitoring was subsequently carried out in the Twelve Bens/ Maumturks in Co. Galway , Caha mountains in West Cork, Dartry mountains in Sligo and Leitrim, the Galtees in Tipperary and Limerick, Mweelrea and the Sheefry hills in Co. Mayo, the Cooley peninsula in Co. Louth, the McGillycuddy Reeks in Co. Kerry and parts of the Blue Stacks in Co. Donegal. In most of these the monitoring results were encouraging but further action was deemed necessary in the Owenduff and in the Twelve Bens/ Maumturks. Further reductions in ewe numbers and restrictions on outwintering were implemented in these areas in 2006 and 2008 respectively.

By 2011 it was being claimed in some quarters that certain commonages were seriously under grazed. This and a growing realisation that the commonage framework plans were obsolete led to the recently completed review. The review changed the focus from the management unit to the land parcel and introduced the concept of a minimum as well as a maximum stocking rate.

The new agri-environment scheme to be introduced in 2015 will give priority access to farmers with commonage. However this will be dependent on a grazing agreement to which a qualified majority of shareholders have signed up to. Agreement among at least 50% of active shareholders or a group of shareholders together owning more than 50% of the shares in the commonage. This agreement will be for the commonage only and the commitment entered into by an individual farmer has no direct impact on how he farms his privately owned land. The structure of a grazing agreement is still unclear but we now know some of the details. These include;


This should permit some active farmers to increase their flocks in the context of an overall agreement.