Commonage and Eligibility for the New Basic Payment Scheme. 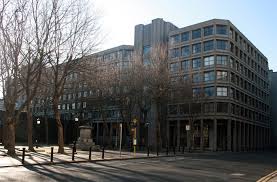 Earlier this month, Tom Moran, Secretary General of the Dept. of Agriculture, Food and the Marine addressed the members of the Oireachtas Agriculture Committee on recent EU Developments.  His address covered a wide range of issues but the commonage issue was highlighted by a number of the committee members notably Eamonn O Cuiv T.D.  An extract from Mr. Moran’s response follows.


“On the question of commonages and so on, commonages spill over Pillars 1 and 2. I know Deputy Ó Cuív and others have a strong interest in and attachment to them. They are a difficult concept to handle within the Common Agricultural Policy, probably because the concept is not generally shared across other member states, but some key factors apply, one of which is the principle of active farming. Active farming has been spelt out clearly in the new Common Agricultural Policy. If payments are to go to active farmers, by definition, active farmers must be defined and if they are defined, it must be done by some means. The way we do it is by the actual farming. In commonage terms it means the holding stock. In other words, if someone farming on a commonage wants to claim a Pillar 1 single payment, they must stock in line with commonage framework plans coming down the track. If, however, they apply under GLAS, the new environmental scheme, by definition they must do more than is required under Pillar 1. If someone has land in commonage, they must add some further environmental condition to get the newly announced payment of €120 per hectare.


Another condition that relates to the GLAS one, and it was mentioned previously, is the idea of a collective. There is shared ownership but there is also shared responsibility, and there was a consultation process on the level of that. There was a figure of 80% at the beginning but at the latter stages of consultation, having listened to the arguments, including from here and elsewhere, it was decided that the more appropriate figure would be 50%. However, there must be a collective sharing of responsibility for managing the commonage in line with environmental practice. That means there must be a common plan that covers 50% of the active farmers on the commonage or 50% of the land. There was a change to that last week or the week before, which was welcomed by the organisations because of the serious engagement we had on it.”


The most important points here are the requirement to stock a commonage in order to get pillar 1 payments, i.e. Basic Payment Scheme and the requirement to add some further environmental condition to get the GLAS payment on the commonage.  To those who have been following the development of the commonage issue, it has been clear for some time that the issues connected with pillar 1 payments have been driving the process.  Although publically at least they seem in recent months to have been obscured by the debate about collective agreements for GLAS. Now that the RDP application has been made this issue is coming to light again. This is a far more important issue than GLAS and it will have implications for all farmers with commonage lands.


What does this mean for the farmer, the most likely interpretation is that inactive farmers, i.e. those people who farm their enclosed lands, declare commonage shares as forage area but in practice make no use of them will no longer be entitled to any payment on the commonage lands.  In some cases the owned share of the commonage is very small and the impact of this will be minimal.  However for many farmers the impact will be significant as the commonage share draws down the bulk of their payments.  For some, changing their farming system and making use of the commonage may be an option, for others this will not be practical and the viability of their enterprise will be undermined.


The Dept. of Agriculture will most likely use the min/ max figures first published in 2012 to determine the required level of activity on the commonage.  How they will deal with the level of dormancy is unclear but the most likely options are either to divide the min/ max figures in accordance with the shares held or split it between the declared shares.  The first option ignores dormancy and makes no sense whatsoever, the second takes dormancy into account but places a greater burden on the active farmer.  The problem with either approach is that the number of stock a farmer can keep is largely determined by the enclosed land and farm infrastructure and not by the area of the commonage.  There is a very real risk that in some areas, particularly where the ratio between commonage size and the enclosed land is high and where land parcels are small and scattered, e.g. South Connemara that there will be no prospect of farmers being able to reach the minimum level.


Any appeal against the relevance of the min/ max figures will take time and I fear will have to be financed by the farmers themselves.  A factor that will discourage many farmers from pursuing this option. In the absence of a successful appeal, farming in these areas is faces a major threat and huge swathes of land, enclosed and commonage will inevitably be abandoned.


As the Secretary General says eligibility for GLAS will require a step beyond these minimum activity levels.  While this will entail a commonage plan and a commonage agreement it is unclear as to what these will contain or how they will be implemented.


What is clear is that the recently announced Commonage Implementation Committee will have a lot to do.
Posted by Thady O' Brien at 14:39